Please Buy Something and Show Support

This is my experimental blog on blogger that I'm using to begin production for affiliate marketing.

Crying because I can't find my weed!


"Dad what is up with God (YHWH) distributing luck?"


'THERE is a purpose  4 everything that happens. No such thing as luck.'- Abba

I know who is going to bound the synagogue of Satan the one whois trying to snare good hard-working folks.

On January 2 2,019 to fulfill the New Years' resolution to write more during the course of the year the 28min creative writing exercises were begun so you show me your faith and I show you my works.

During that time audiobooks which drew inspiration from the good old classic book report were listened to and then a game-changer happened:

Armed with the knowledge that Almighty God (YHWH) the LORD Tetragrammaton was a bastard, is still a bastard to some & will be a bastard to those who lack understanding, DataToken1 a.k.a. @DToken1 formally adopted IEHOVA to be a strong male role model for Jesus (Emmanuel) on June 30 2,019 A.D.

Then some more Revelations: 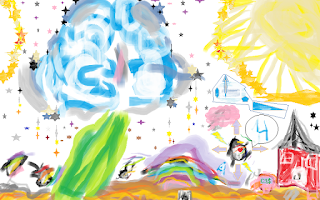 A poem for the LORD:

@YHWH
Forms this haiku on Twitter.
Then becomes Shogun!

Daddy has been busy smoking blunts, drinking and developing his skills:

A quite frankly only has about 40 minutes before he has to move his car to not get ticketed by parking enforcement.

But before I go I can give you some insight into EARTH'S MIGHTIEST HEROES THE AVENGERS CHALLENGE OF THE GHOST RIDERS FINALE & the December 2019 edition of NATIONAL GEOGRAPHIC by copyright law enabling me to quote snippets.

"I like no fucking way! The U.S.A. Marine Veteran Frank Castle became a Ghost Rider too!!! AWESOME!!"...

"A wall of photographs screens a former parking lot where archeologists unearthed a clay seal impression linked to the bibliclal King Josiah- yet more proof, some say, of Jeruasalem's ancient Jewish roots. Some Palestinians charge that archeology is being used as a weapon of occupation."

I think that King Josiah is cool and the Holy Bible Chronicles that because he inherited a mess that was brought upon by others but made others during his time, my time and future generations know that the LORD leads to prosperity so don't abandon him.

I hope WE can all grow & make it work also if you want to make a go at entrepreneurship you might want to try emailing D-Love at the marketing department at entreprenursmakeithappen.com

Posted by DataToken1 at 2:59 PM No comments: